An archaeological treasure entrusted to AGS

The canvas of a sarcophagus from the necropolis of Sedeinga in Sudanese Nubia was returned to its native country, and will be exhibited in the collection of the National Museum of Khartoum. AGS Sudan handled all the logistics of the… 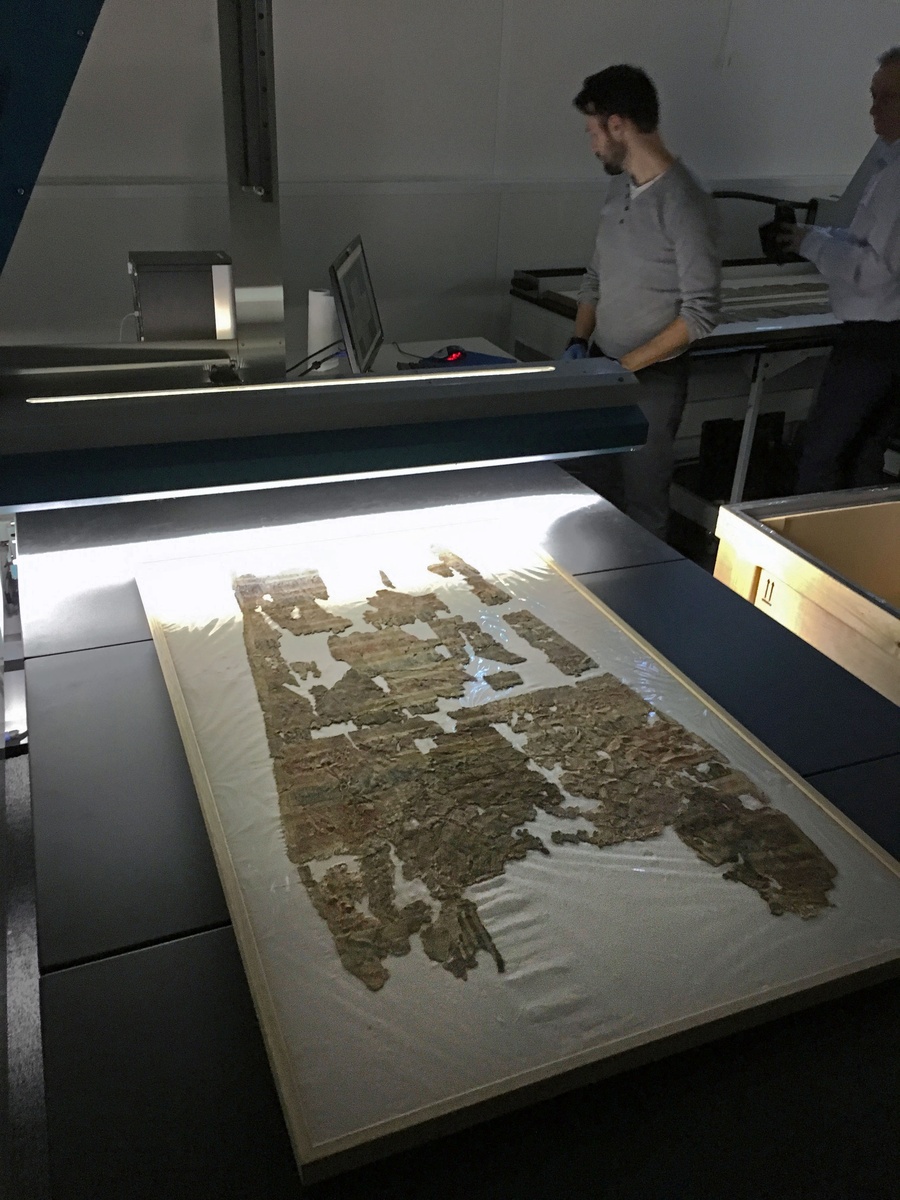 The canvas of a sarcophagus from the necropolis of Sedeinga in Sudanese Nubia was returned to its native country, and will be exhibited in the collection of the National Museum of Khartoum. AGS Sudan handled all the logistics of the various transfers of this historical treasure between Sudan and France in order to restore it. The official handover of the precious fabric took place on April 2017, in the presence of His Excellency, Mr Bruno Aubert, French Ambassador in Sudan and Mr Adil Hamid, Sudanese Minister of State for Antiquities, Tourism and Wildlife.

Emotions were high during the ceremony as this vestige is also the symbol of an extraordinary collaboration between France and Sudan. The French Embassy in Khartoum helped to facilitate the transport of the artefact. It is also a brilliant and unprecedented tripartite partnership between AGS Sudan, Arkhênum, a subsidiary of the Mobilitas Group which digitised the canvas, and Mr Claude Rilly, Head of Research at the CNRS (French National Centre for Scientific Research), a specialist in the history of the Kingdom of Meroe.

The canvas of Sedeinga, a major discovery for historians.

Because many vestiges remain buried in Middle-Nubia, in Sudan, France has undertaken an archaeological mission for 40 years, 200 km to the south of Egypt. The Sedeinga region was ruled by monarchs from 650 BC to 35 AD, who are often referred to as “The Black Pharaohs”. At the time of its discovery, this painted canvas was composed of hundreds of small fragments. The reconstruction work, carried out in Toulouse, was truly spectacular and reveals to us a little more about the secrets of the pharaohs of Nubia. The assembled jigsaw puzzle is in the form of three panels of approximately 1.50 m, corresponding to the lid of the coffin and its two lateral sides.

Details of the canvas, “Scene of the weighing of the soul” 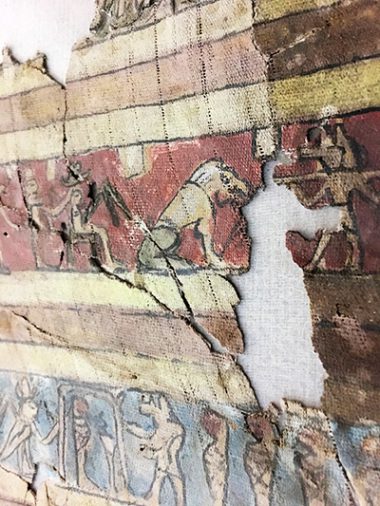 In light of the interest shown in this discovery, it seems clear that France has contributed to preserving a trace of this fabulous heritage which it has restored. While AGS Sudan Director, Thomas Rousseau was organising its perilous and final return to the national museum in Khartoum, the idea of scanning the fabric developed. Why not keep a digitised copy of the fabric that would be accessible to researchers around the world?

The epic of the digitisation of the canvas

The AGS Group, through its subsidiary Arkhênum, a specialist in heritage digitisation, is the only provider in France to have 2 000 scanners, state-of-the-art technology to make this incredible digitisation project possible. 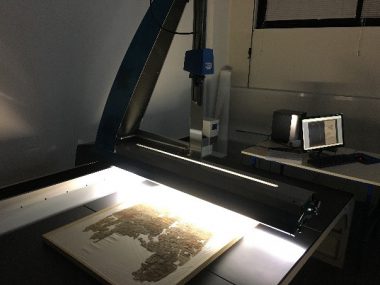 This type of machine is capable of scanning a 130 x 180 cm document into a single file. This is how the fabric was digitised line by line with minimum exposure to obtain a very high resolution image without any alteration of the paint pigments. The transfer and manipulation of the canvas were extremely delicate operations. The team demonstrated exceptional know-how and professionalism, testifying to the coordination of the different skills and the excellence of the services offered by the AGS Group.

Since its restoration about four years ago, the canvas of the sarcophagus had not been extracted from its packaging in anticipation of its return to Sudan, and Claude Rilly was not very enthusiastic about unwrapping it. Through its activity, Arkhênum handles unique patrimonial collections every day. In a single scan and a few seconds of recording, a very high resolution image was saved.

As soon as the operation was over, the AGS packers were already wrapping the work to prepare it for its journey to its native land.

Finally out of obscurity, France preserves a digital trace of an invaluable historical treasure. 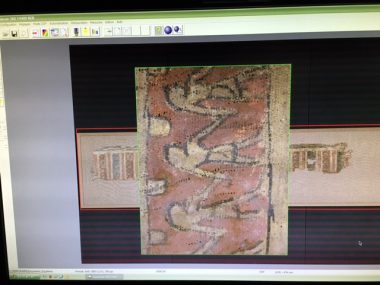 Archaeologists, researchers and students will be able to observe in detail the hieroglyphs and symbols painted on the canvas via a simple computer screen or a tablet without having to go to Khartoum where the original is now exhibited to the delight of the Sudanese people. The National Museum of Sudan now has an exceptional and unique piece.

We undertake not to disclose your personal data to any other third party without your explicit and prior consent.

Necessary Always Enabled
Necessary cookies are absolutely essential for the website to function properly. These cookies ensure basic functionalities and security features of the website, anonymously.
Advertisement
Advertisement cookies are used to provide visitors with relevant ads and marketing campaigns. These cookies track visitors across websites and collect information to provide customized ads.
Others
Other uncategorized cookies are those that are being analyzed and have not been classified into a category as yet.
SAVE & ACCEPT
Powered by